THE SORROW OF EUROPE

I have translated into English 'Le Mal d'Europe' by Dominique Laure Miermont and published by Payot, the biography of the Swiss writer and traveller who lived and died during the most dramatic period of 20th century European history between 1908-1942. Her travels took her to Syria, Turkey, Persia, India, Morocco, the Belgian Congo, Russia and the USA. She died at the age of 34. 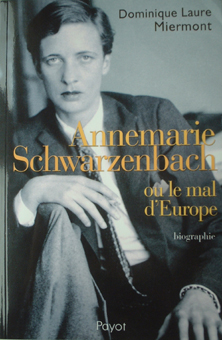 Also translated is the biography of Jean Sibelius by Marc Vignal. This huge work of over 1150 pages is of interest to all those lovers of music and the history of Finland and Northern Europe. It also contains detailed analysis of Sibelius's major works.

I took the background picture in South Africa in the St. Lucia Estuary at the entrance to the Wetlands Park. Since 1822 St. Lucia has been world renowned haven of wild life. British rule proclaimed St Lucia a township and with the increase in hunting, the crown proclaimed the Water area and Islands as a Game Reserve on 27 April 1895. Hippo’s, Bush Buck, Red duiker and Monkeys roam the streets freely. Hundreds of bird species can be observed through out the town. In the river there are hippo, crocodiles and where the estuary meets the sea there are also man eating sharks.