The Temple of Solomon

he first question to be asked is, do we have any evidence, other than the words of the Bible, to show that the Temple of Solomon ever existed? This question will shock many Jews and Christians who see the Bible as the revealed word of God. However, it is not the revealed word of God that is examined here, but archaeological evidence that may or may not throw light on the Bible story.

Why this question? Simple because beneath our feet lies the messages transmitted by the early Hebrews and the many other peoples of the biblical lands that help us to unravel the complex story from times when writing and books were making their very first unsteady steps and the notion of history as we know it had not been developed.

The Bible consists of many books written at different periods of time during the history of the Hebrews and it is therefore necessary for the elucidation of modern archaeologists to try to retrace the history of the Bible as a book to understand how it came to be what it is known in its present form.

The canon, a text that considered sacred and recognised as authentic, of the Christian Church is based on the New Testament, which composed of the four Gospels and the Epistles. These have been the subject of a great deal scholastic discussion. Some think that the earliest of these writings is St Paul’s epistle that dates to around 50AD, followed by St Mark’s gospel about 65AD and as late the beginning of the 2nd century AD for St John’s gospel.

There are about 5,000 existing Greek manuscripts of the New Testament exist, plus about 8,000 in the Latin Vulgate. However, the oldest existing copy of the Bible is the Codex Vaticanus safely guarded in the Vatican Library, which is believed to have been written in Egypt during the first half of the 4th century, this codex contains a large part of the the Septuagint version of the Old Testament and the New Testament.

The Septuagint was transcribed from Hebrew into Greek for the Great Library of Alexandria in ancient times, before Christianity, Septuagint means seventy, referring to the number of translators. It was more than a simple translation of the Hebrew text, since the translation was influenced by Greek ideas, Greek philosophical concepts, which later was important for the birth and spread of Christianity.

The second oldest is in the British Museum, it is called the Codex Sinaiticus and is a 4th century manuscript of the Greek Bible, which is believed to have been written shortly after the Codex Vaticanus, however the only part that remains is the Septuagint, the New Testament part was lost. The Codex Sinaiticus, as its name indicates, was discovered in the Monastery of Saint Catherine, on Mount Sinai in Egypt, in 1859 by Constantin von Tischendorf.

Then there is the Codex Alexandrinus, which was written the 5th century, it is also in the British Museum today, then concerning the oldest bibles in existence is the Cambridge University library’s Codex Bezae, written in the 6th century.

This means that there was a huge time gap between the events and the texts. For example between St Mark’s gospel and the Vatican Codex that’s three hundred years. However, when it was written it was copied from existing manuscripts, like for other ancient works that have come down from Greece and Rome.

In certain surviving ancient texts the case of ancient Greece and for example Thucydides Peloponnese Wars is interesting, since archaeological evidence corroborates the history plus the fact that many surviving works of ancient writers refer to his works, some of these going back to Roman times. In the case of the early Bible no such parallel exists. 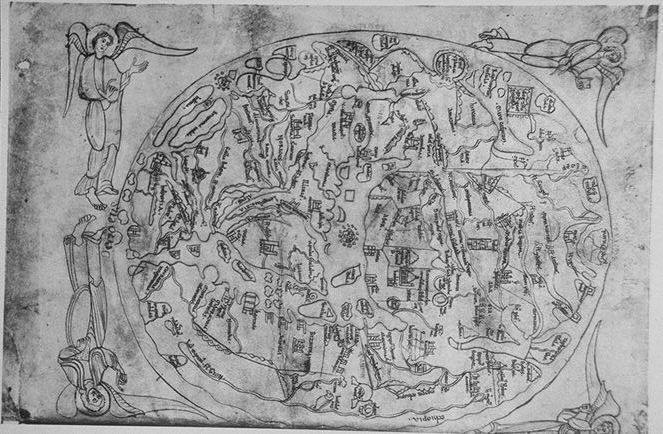 Until 1440, when the German inventor Johannes Gutenberg invented a printing press process using movable type with metal molds and alloys together with oil-based inks, the mass production of printed books was impossible. Up to that time all texts had been passed down to us in the form of copies, there is no original of the first Bible, and what we have today was manually copied from manuscripts. Books were hand written and all copies hand written, so everything was produced by scribes, priests, monks, in one form or another. These scribes changed texts, either by error, or by deliberately, for even religious or political motives.

Were the changes made by the scribes not spoken by God, but by man? The original texts were inspired by God, according to believers, but we don’t have them and those we have were written centuries after the originals.

The question is who compiled the first five books of the Bible, which are called the Torah or the Pentateuch or the Five Books of Moses? These five books tell the history of the Israelites, they are in order Genesis, Exodus, Numbers, Leviticus and Deuteronomy.

Originally the Bible, before being adopted by the Christian faith, was a specifically Jewish book, referred to as the 39 Books of the Tanakh. The Tanakh was mainly written in biblical Hebrew, though some parts were written in Aramaic. In the 2nd or 3rd century BC, during the Hellenistic period, the Torah was translated into Koine Greek, the commonly spoken language in Israel and the Levant at the time, it is known as the Septuagint. 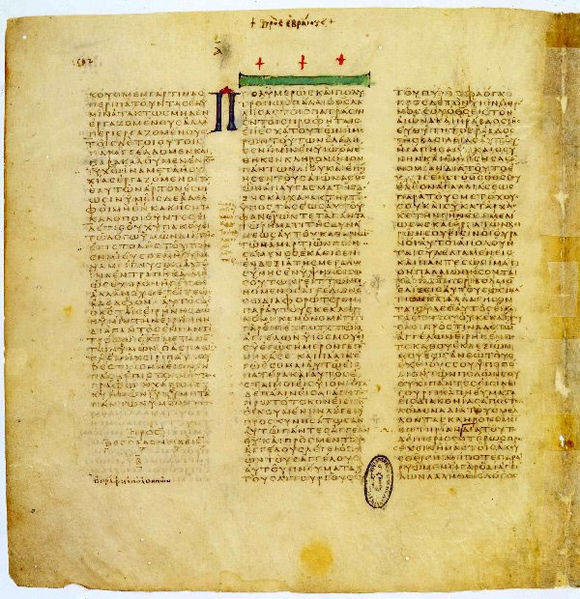 Concerning texts in Hebrew there is the Nash Papyrus, a collection of four small papyrus fragments acquired in Egypt in 1898 containing a copy of the Ten Commandments, they are believed to date from about 150-100BC, these are by far the oldest Hebrew manuscript fragment known until the discovery of the Dead Sea Scrolls in 1947.

The oldest existing Hebrew texts are contained Dead Sea Scrolls that were found in eleven different caves, near to the Dead Sea. The fragments in vellum or papyrus cover about 800 various texts, of which about 30% are fragments from the Hebrew Bible, another 25% are traditional Israelite religious texts not found in the canonical Hebrew Bible, and 30% contain Biblical commentaries and other texts. Amongst these texts is the Great Isaiah Scroll that had been carbon dated to between 335-107BC. The others date from 150BC-100AD.

The Masoretic Text is the oldest complete Hebrew text of the Jewish Tanakh, it was copied and distributed by a group of Jews known as the Masoretes between the seventh and tenth centuries AD, it contains many differences of more or less importance when compared to existing 4th version of the Septuagint.

In conclusion the existing written biblical evidence composed of the small Nash fragment, Codex Vaticanus, the fragments of the dead sea scrolls, dating from between 335BC at the earliest and 350AD, a total of 685 years, is scant, in addition the texts have a significant divergence in text with a broad linguistic scope. There is however a consistence in the continuity over a long period of time of the existence and reproduction of early biblical texts.

What therefore does this lead? According to biblical chronologists Solomon laid the foundation of the Temple in 967BC, therefore at least 632 years elapsed to the the date of the earliest Dead Sea Scroll, almost as much time until the Codex Vaticanus was written. Many archaeologists dispute the very existence of the Patriarchs and Solomon, which leads to the question of whether Solomon’s existence can be corroborated by solid archaeological evidence, after all he had built a great city and a great temple.

The images of the maps and texts presented on this page and given so that the reader may appreciate the degree of knowledge and evidence that had come down to us from those distant centuries, evidence that was transmitted by earlier documents with all the hazards that such copy work entails.

go back to previous page